How Public Art is Adapting to Our Changing World

Written by: Andrea Simpson of ArtsHub
This article was first published on artshub.com.au

Public art is leaving the ‘plonk’ method behind, evolving into meaningful art works that hold great value for the wider community.

Rather than simply plonking down an art work that has no connection with its environment, as may once have been the case, artists and local authorities are more than ever considering the dialogue between a work of public art, the place it is installed, and the community who will engage with it. But what is public art, and why is money regularly spent on it?

Today, however, public art is evolving into something far more useful and artists are expanding their ideas by ensuring the art is functional and yet still exciting.

The proof is in the spending; Australia is investing in more public art than ever, typified by a recently announced public art focus for Southbank Boulevard and Dodds Street’s $35 million overhaul. The City of Melbourne is committing to a three year plan to enable newly appointed Public Art Strategist, Vaari Claffey, to develop a vision for the Southbank precinct.

Councillor Rohan Leppert, Culture and Heritage Portfolio Councillor, Chair of the Arts, said, ‘Vaari will consult with Southbank stakeholders including creative organisations as she develops a strategy for public art that will help transform this important precinct into a vibrant public space.’

Image: Southbank via The City of Melbourne.

Leppert added: ‘Public art has an important role to play in the transformation of civic space. Vaari’s strategy for Southbank will ensure that new works will be commissioned through a rigorous selection process.’

It’s not just about watching the government spend public money – they want to hear what the community thinks. Public art is becoming a public conversation.

The City of Melbourne isn’t the only one spending money. Monash University Museum of Art (MUMA) have unveiled five public artwork commissions at Monash University’s S2 car park at the Clayton campus. It’s putting a smile on students’ faces by creating a pleasant area in an otherwise bleak space. Charlotte Day, Director, MUMA, said, ‘We are thrilled with these five public art projects which welcome Monash staff, students and visitors onto campus. Each artist has responded to the site in a unique way, demonstrating the wonderful diversity of contemporary art practice.’

Public art is also encouraging respectful reflection. Underwood Ark, a new installation in Underwood Street Sydney, is the work of National Art School (NAS) graduate and visual artist Michael McIntyre. He hopes his public art piece will inspire connection with the area’s Indigenous guardians and spark conversations about the past.

McIntyre’s piece was selected from a group of four student artists, who were asked to develop an art installation that would enliven Underwood Street and correlate with other CBD public artworks such as Forgotten Songs in Angel Place and The Edge of Trees outside the Museum of Sydney.

Though public art is sparking conversation, it’s still innovative and has wow factor. Melbourne’s newest public art work is a glowing, science fiction inspired sculpture that will emerge out of the Yarra River in the Docklands precinct, Yarra’s Edge.

Light Buoys by Melbourne artist Tracey Sarroff is a 50 metre glowing interactive installation that illuminates with different colours when activated by pedestrians as they approach or pass by. When pedestrians are not around to activate the work, it will pulse softly, imitating the breathing and resting of a living organism.

The Light Buoys installation was commissioned by Yarra’s Edge developer, Mirvac and took up to two weeks to install. Elysa Anderson, Mirvac’s General Manager, Residential Victoria, said: ‘Mirvac is excited to deliver this unique and enriching artwork to the community at Yarra’s Edge as part of our commitment to reimagining urban life.’

We are living in and around public art more than ever, and discovering it out of the way places as well as major public spaces. One such work is Here, an Echo, a permanent public artwork by Agatha Gothe-Snape, commissioned by the Biennale of Sydney for the City Art Collection.

The artwork, located in Weymss Lane, Surry Hills was developed by Gothe-Snape during the 20th Biennale of Sydney: The future is already here – it’s just not evenly distributed, curated by Stephanie Rosenthal in 2016.

The piece involved extensive research and conversations with the public. In the resulting work, the lane is transformed with a series of 14 phrases derived from origins unknown. Here, an Echo is where the act of reading and walking interweave.

Public art is a connection of cultures. FORM’s annual street art project across Western Australia’s regional heartland, the Public Silo Trail, encourages the telling of story through murals, and is inspired by the outback and agricultural settings. The trail is an open air gallery of high profile murals, a catalogue of the lives of regional Australians.

Western Australian artist Kyle Hughes-Odgers will begin the first leg of the Silo Trail with a mural painted across four of the CBH Group’s 35 metre-high grain silos.

Lynda Dorrington, FORM’s Executive Director, said ‘This year-long project will connect a network of regional towns by a common thread of art on an epic scale, while a story gathering and social documentary project will celebrate the regional communities forming the backbone of our state.

‘We want to cast a light on these beautiful, distinctive regions, reveal what they have to offer to the rest of the state and help us connect with what makes us Western Australians.’

Image of a comfort women in a permanent location in South Korea. Shutterstock.

Public art can also be a way to send a powerful global message. Earlier this month eerie statues of women appeared in buses in South Korea. Commissioned by bus company Dong-A Transit, the public art pieces have the backing of Seoul’s Mayor.

The statues are of the South Korean ‘comfort women’ who were forced into sexual slavery by Japanese soldiers during World War II. The art works were installed on the buses on the eve of South Korea’s anniversary of its liberation from Japanese occupation. Japan officially apologised for the enslavement of these women in 2015, but the subject is still raw.

Closer to home, the defacement of public art works has begun a different type of cultural conversation. Last week vandals defaced the Captain Cook statue in Hyde Park, Sydney, with graffiti reading, ‘Change the date’ and ‘No pride in genocide,’ in reference to both the Change the Date campaign and the current conversation in the USA about monuments which commemorate a racist past.

The resulting conversation was widespread and many voices within the Australian community spoke out. The issue is far from resolved, but may yet spark changes in our approach to existing public art works and how they reflect – and sometimes obscure – the past they supposedly celebrate.

This article was written by Andrea Simpson and first published in August 2017 on artshub.com.au. 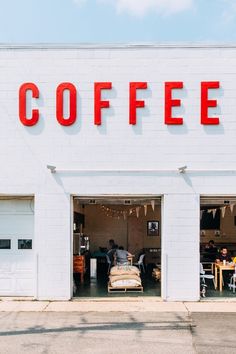 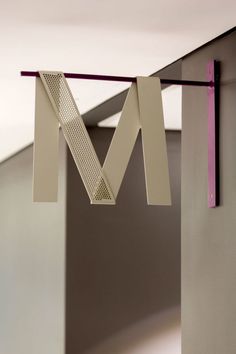 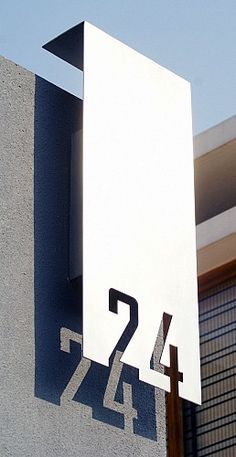 PLACE PROJECTS is proud to call Vancouver home. We strive to educate and collaborate with like-minded organizations across the region to make a difference environmentally and socially. Let's collaborate!